I have had three  visitors this week,  all  of the critter variety.  They were all on their own too. A little bearded dragon, a  bobtail goanna and one Twenty Eight Parrot, so named as it's call sounds like 28, 28.28.
Linking with Saturday's Critters 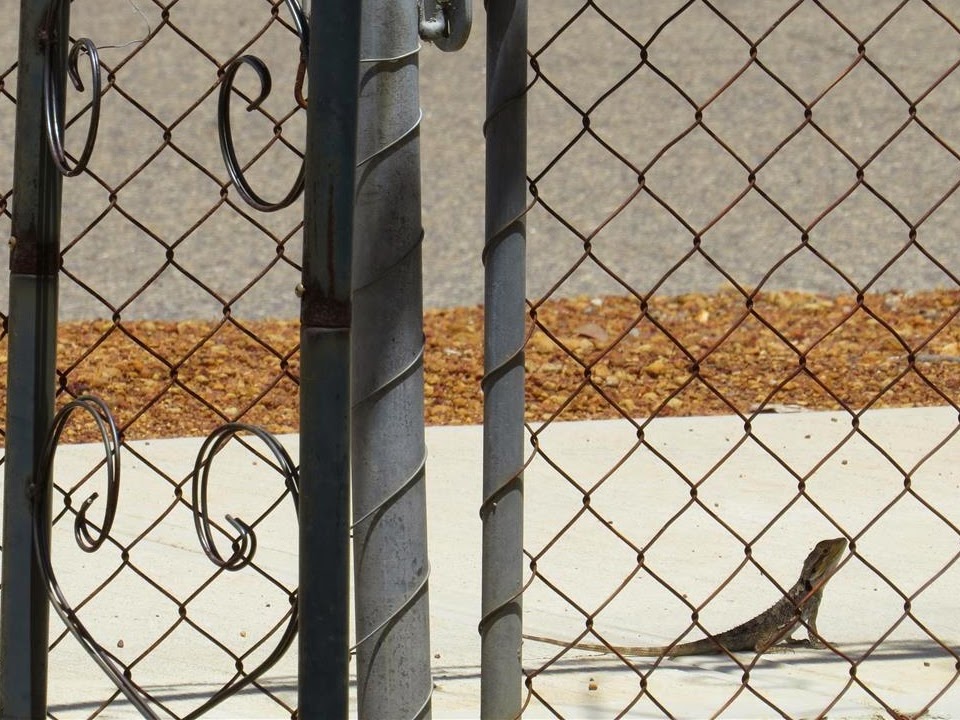 Sitting on the footpath outside my front gate was this little bearded dragon. Maybe he was checking to make sure he had the right address 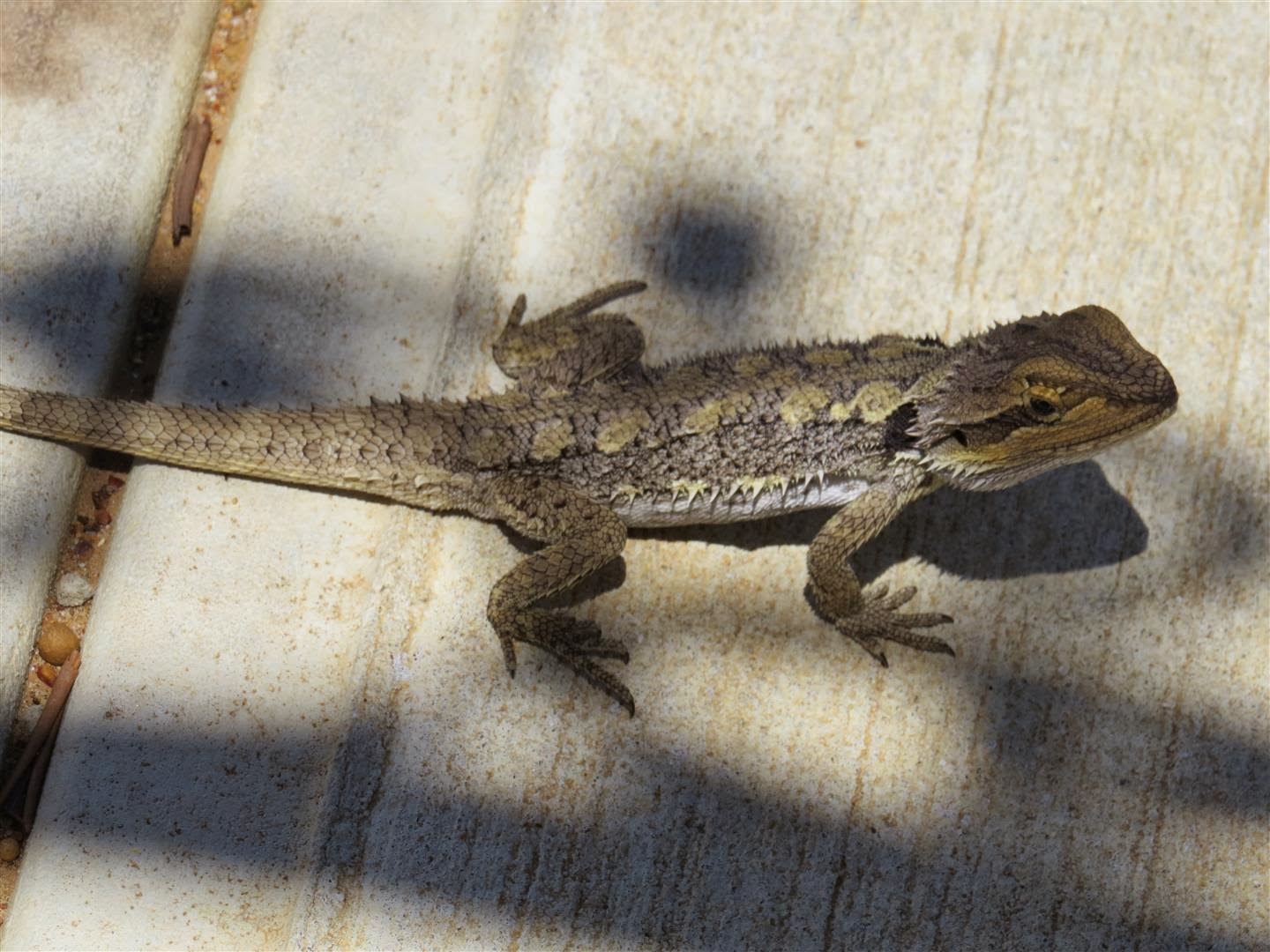 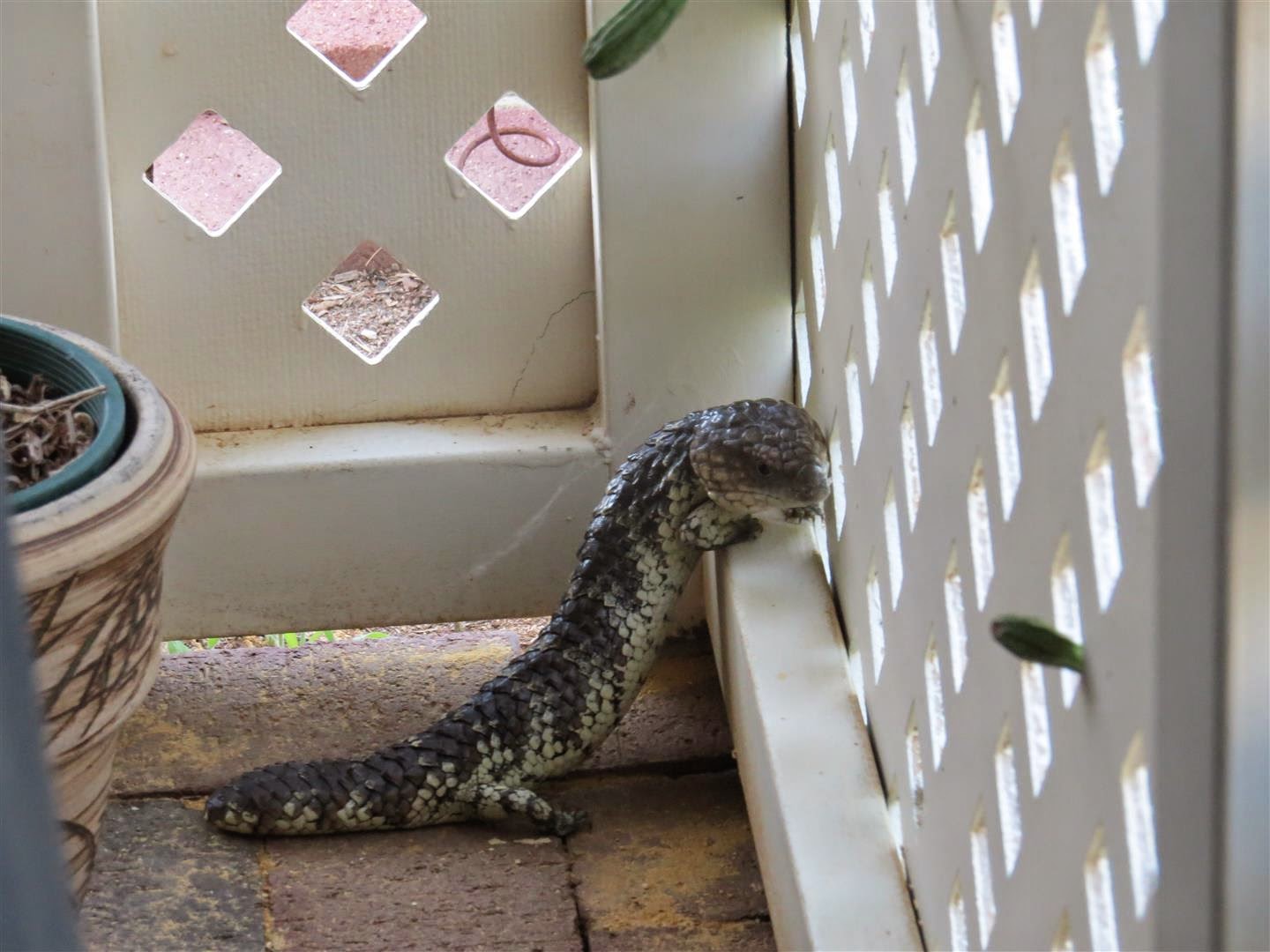 This bobtail goanna was hiding under our BBQ on the patio, he tried to get through the gaps in the lattice after I disturbed him  but was a little too fat. Eventually he used the doorway. 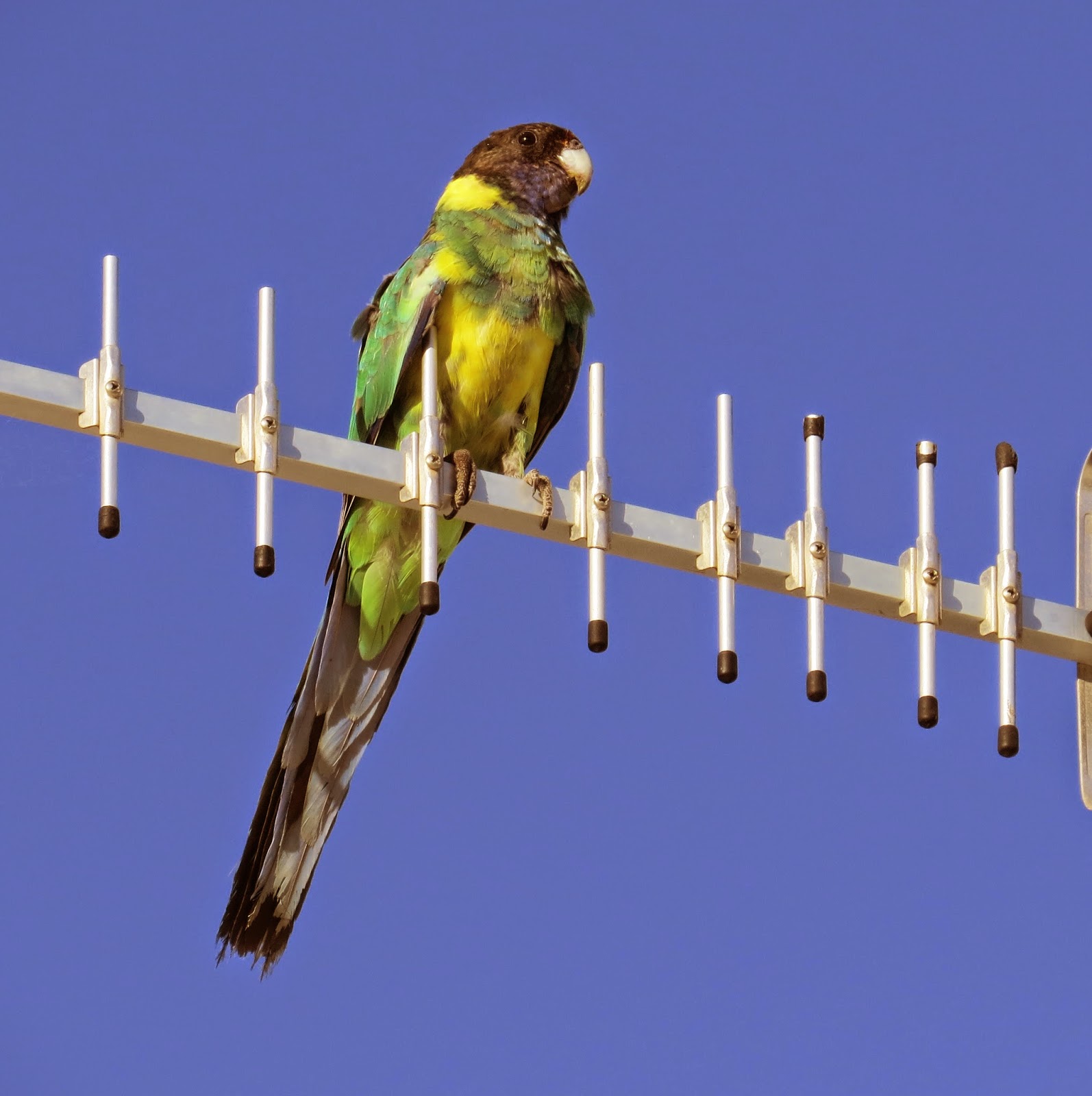 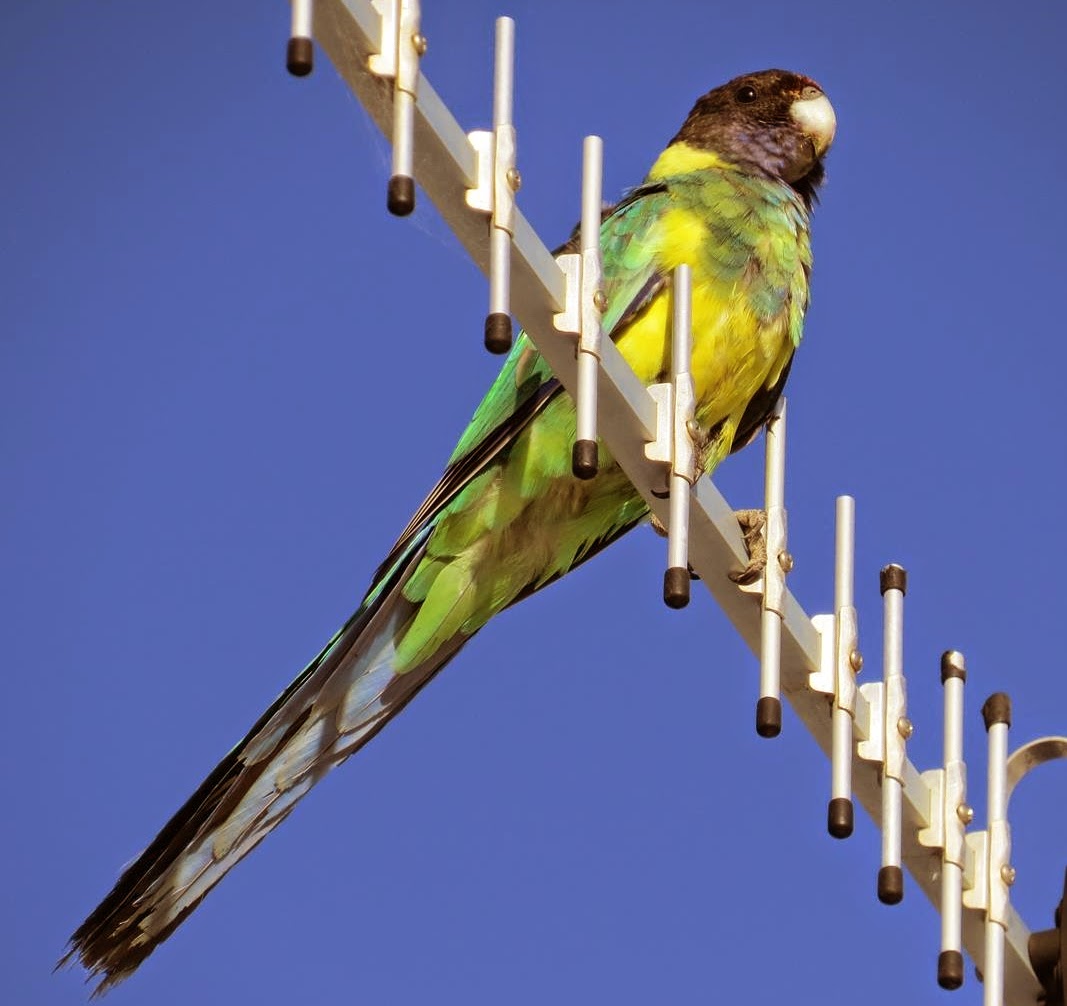 The sun setting in the west behind the Wongan Hills. The old water tower, though no longer in use, stands tall and proud, it is a landmark in our town.
Linking with Skywatch Friday 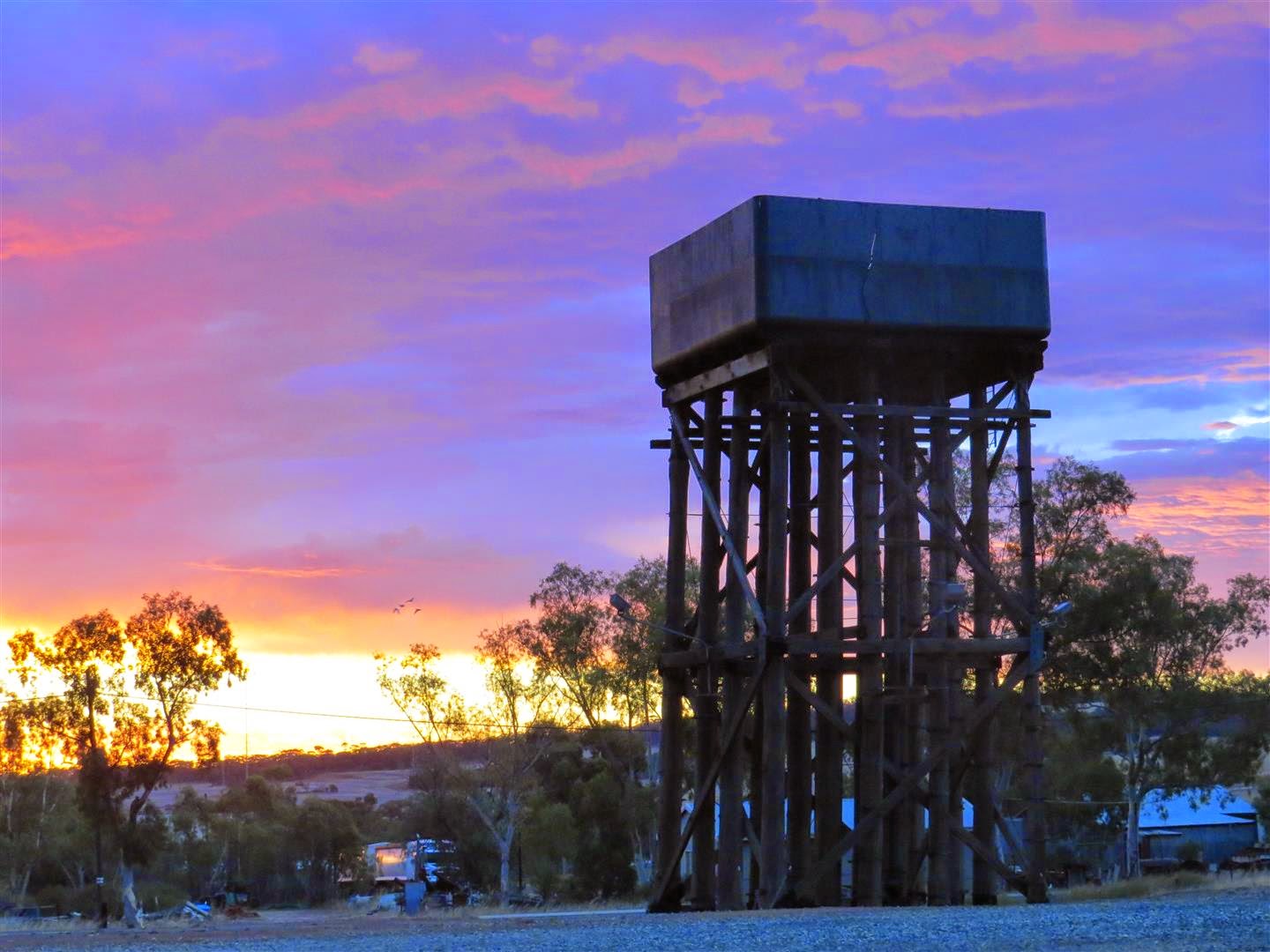 This large flock of White Corellas  has been occupying  the old school oval opposite my house just about every morning of late. There is no chance of a sleep in with the screeching  they make. With the recent rain we have had new grasses are shooting up, hence breakfast is on the menu for these rowdies. These birds unfortunately are a pest throughout the wheatbelt area and culling takes place regularly to limit numbers. 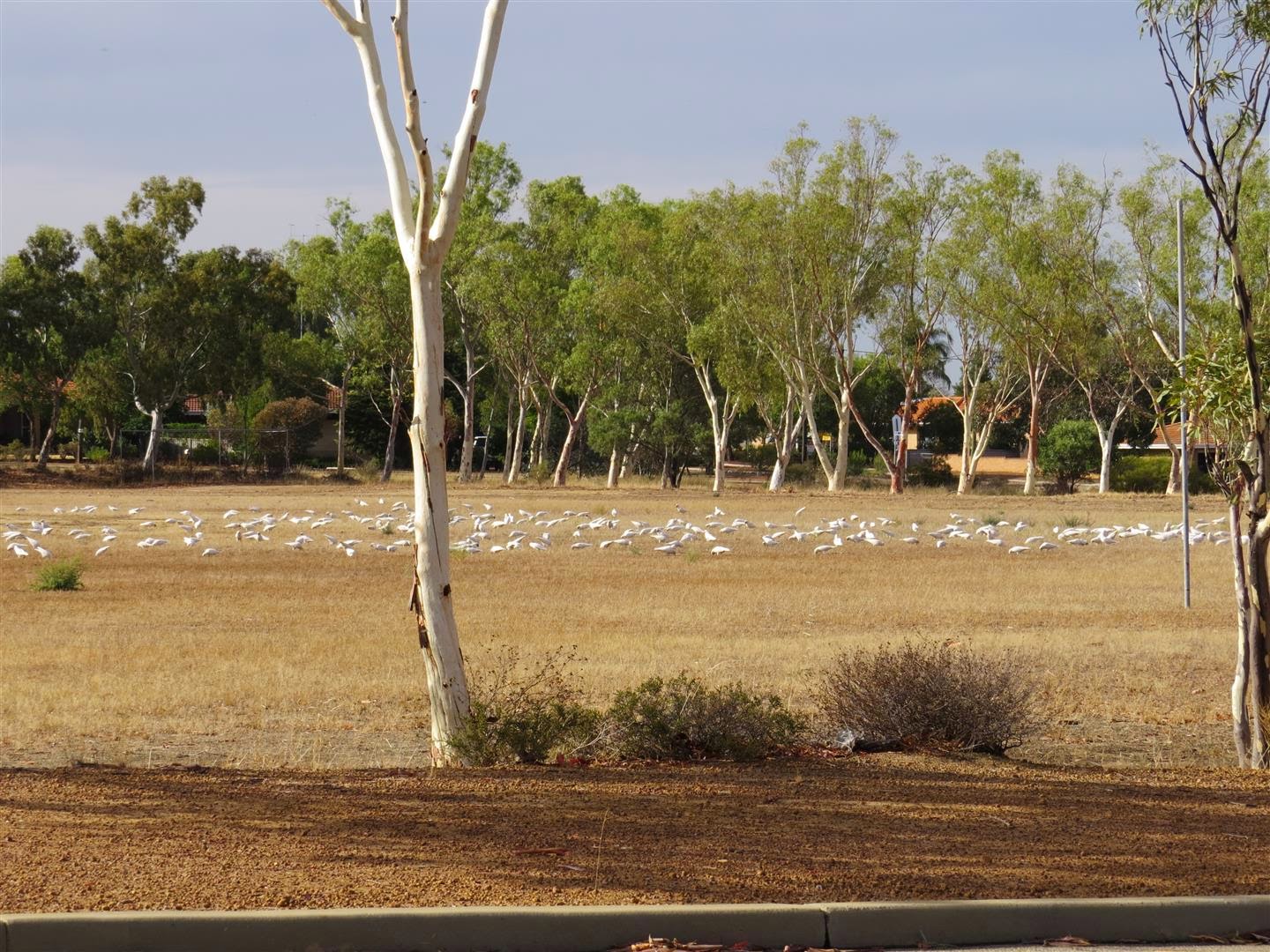 Can you spot the
ring in 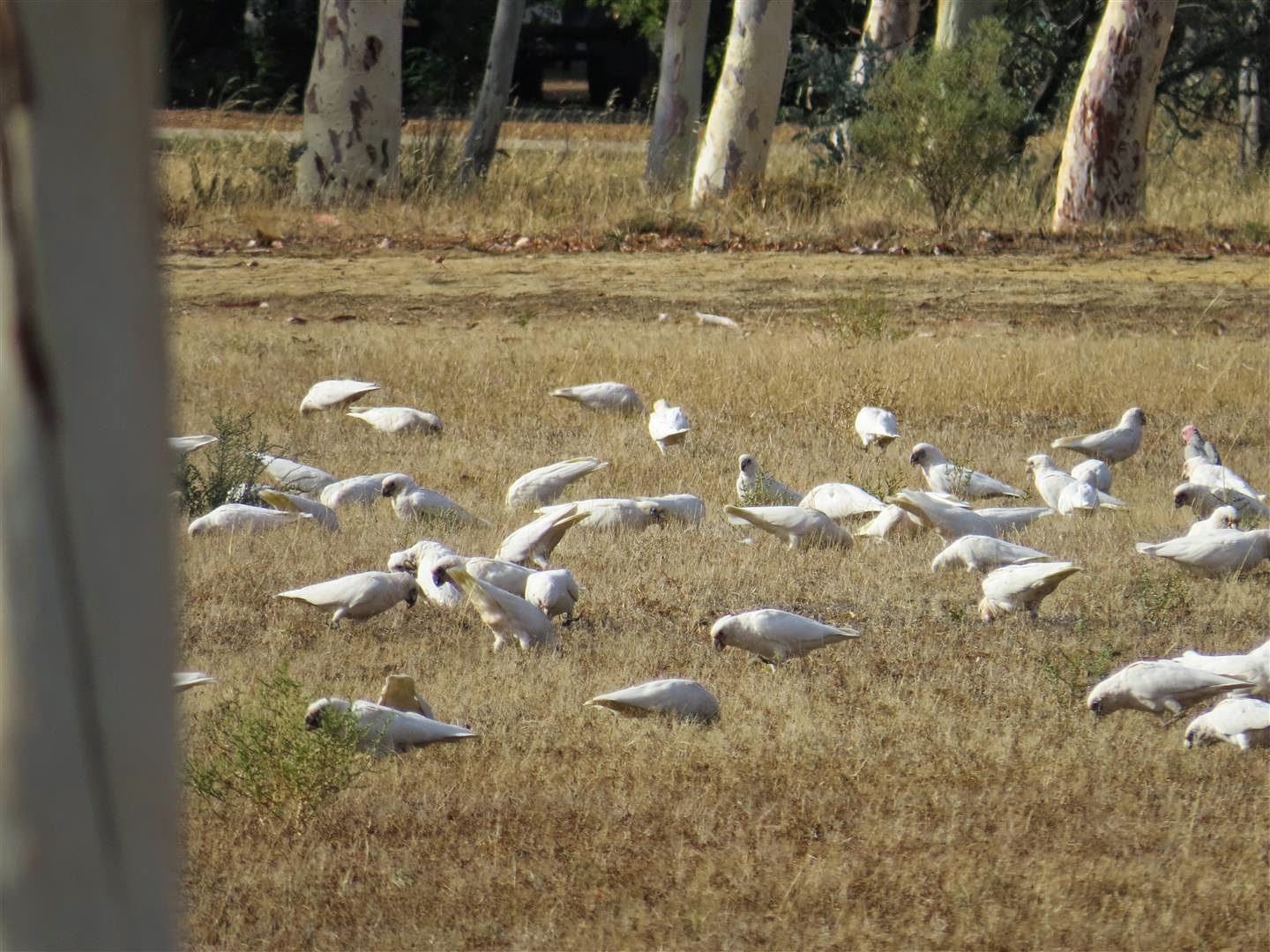 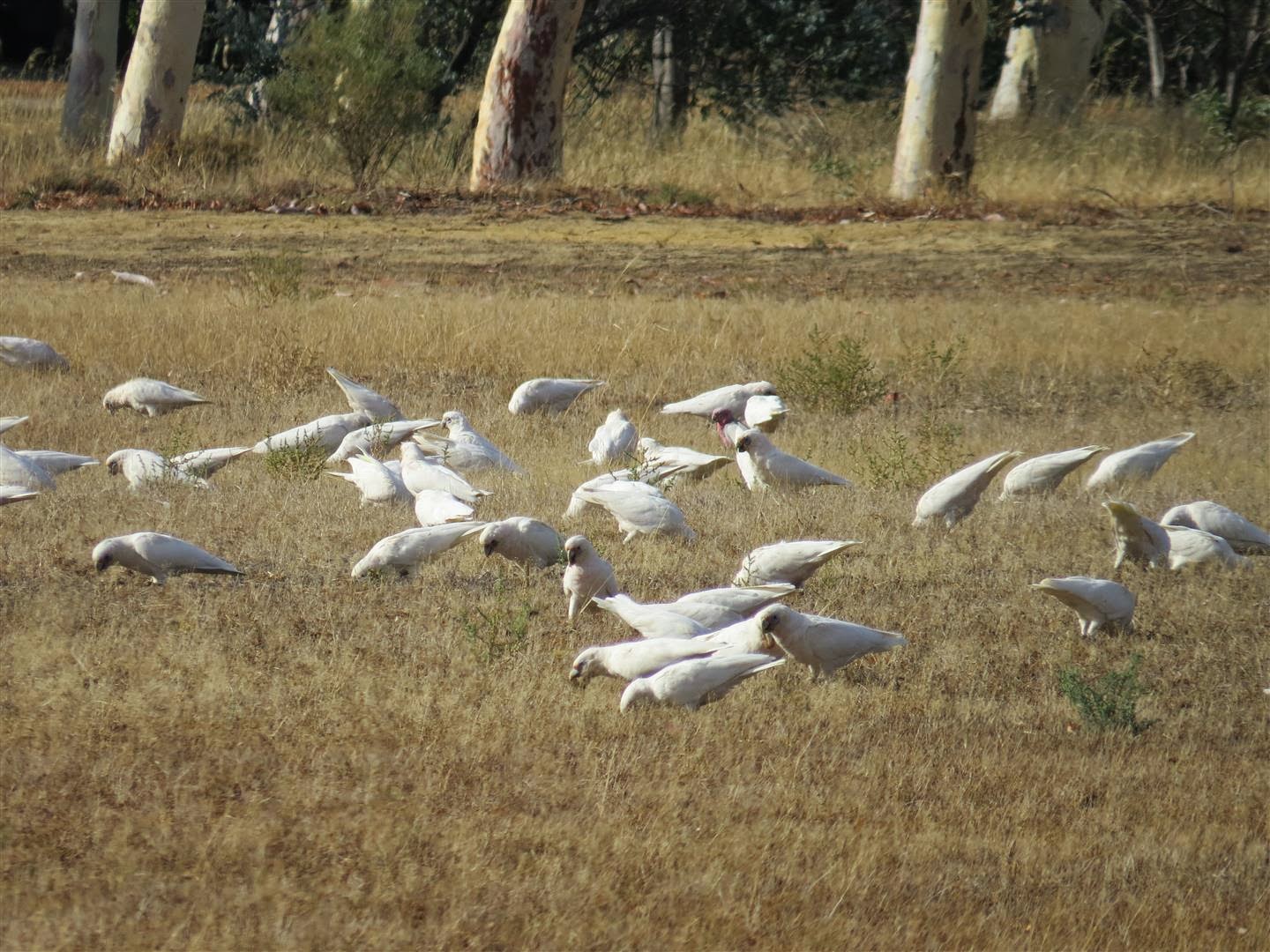 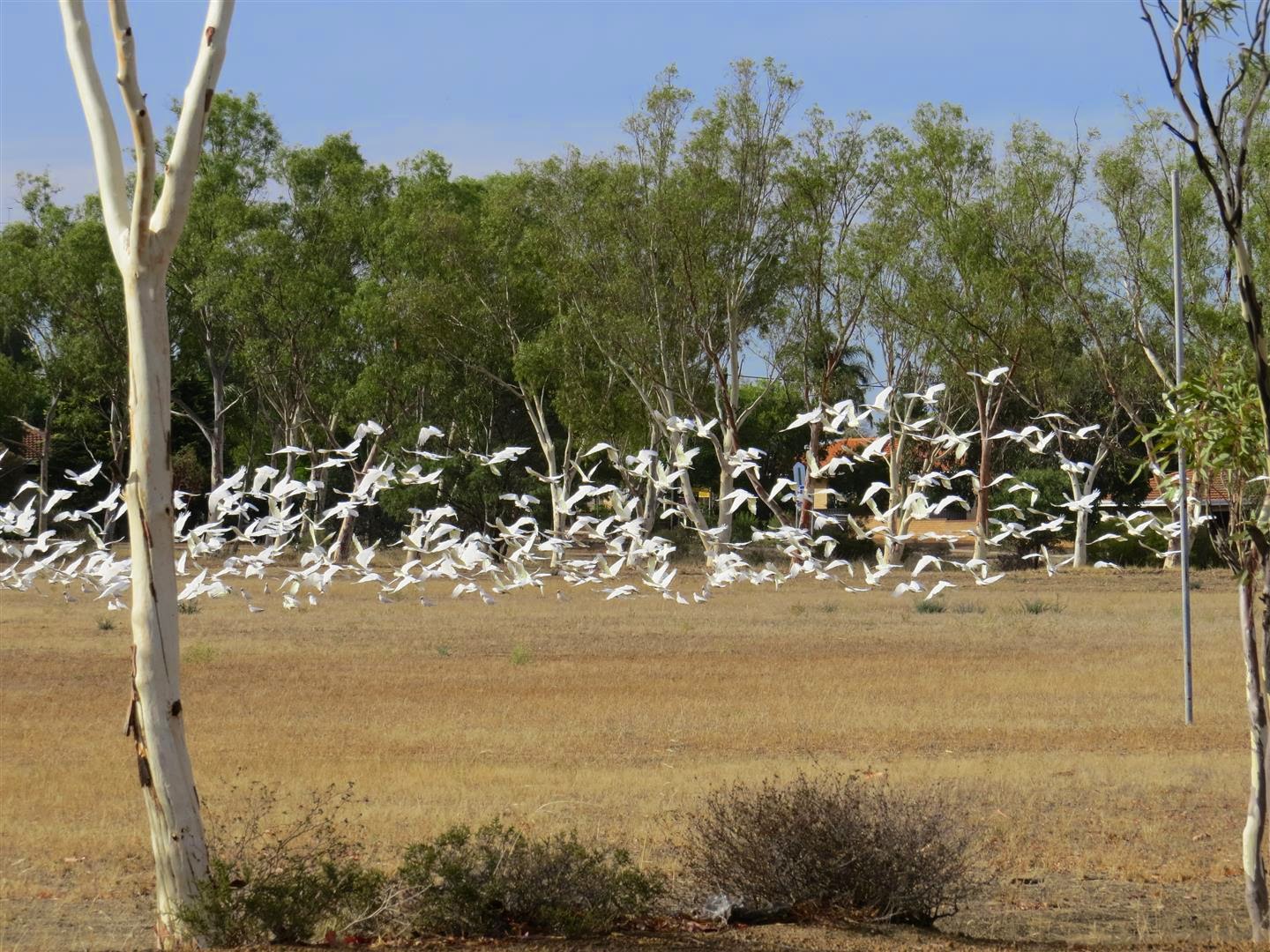 Why is it when there is a deadline to meet, you get caught at a railway crossing?. This happened to us last week on the way to Toodyay to meet up with friends.  We always allow plenty of time but didn't count on getting caught as the trains are few and far between these days. We got caught by the same train twice  at two  railway crossings, there is actually  the opportunity to get stuck at three crossings, two on the way into Goomalling and one on the way out. I guess we are lucky we missed the third. This train was carrying grain and had 50 carriages attached to it. That's what you do, count carriages while you are waiting, tapping your fingers on the dash.
Linking with Monday Mural
Monday Mellow Yellows
Ruby Tuesday Too 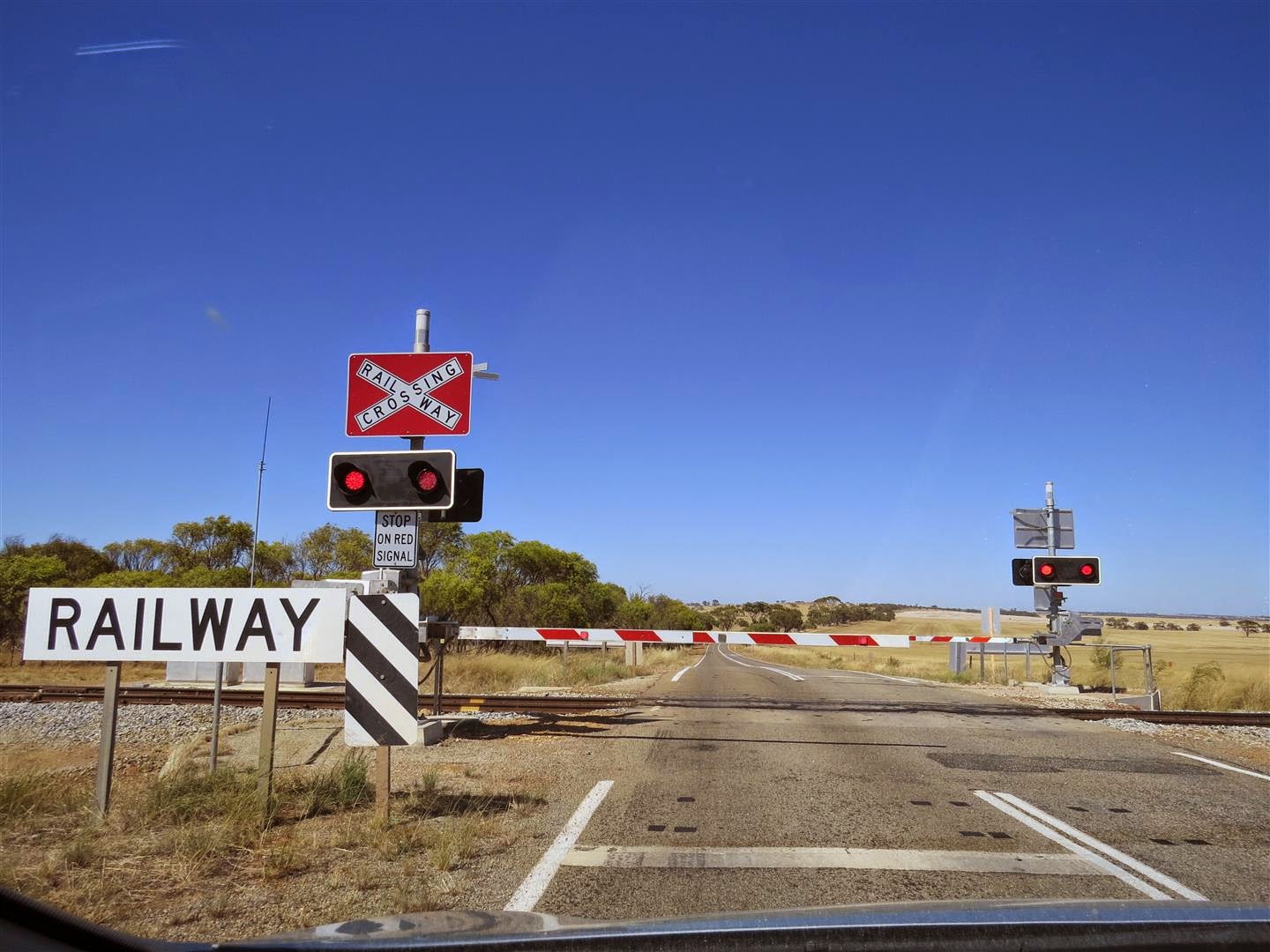 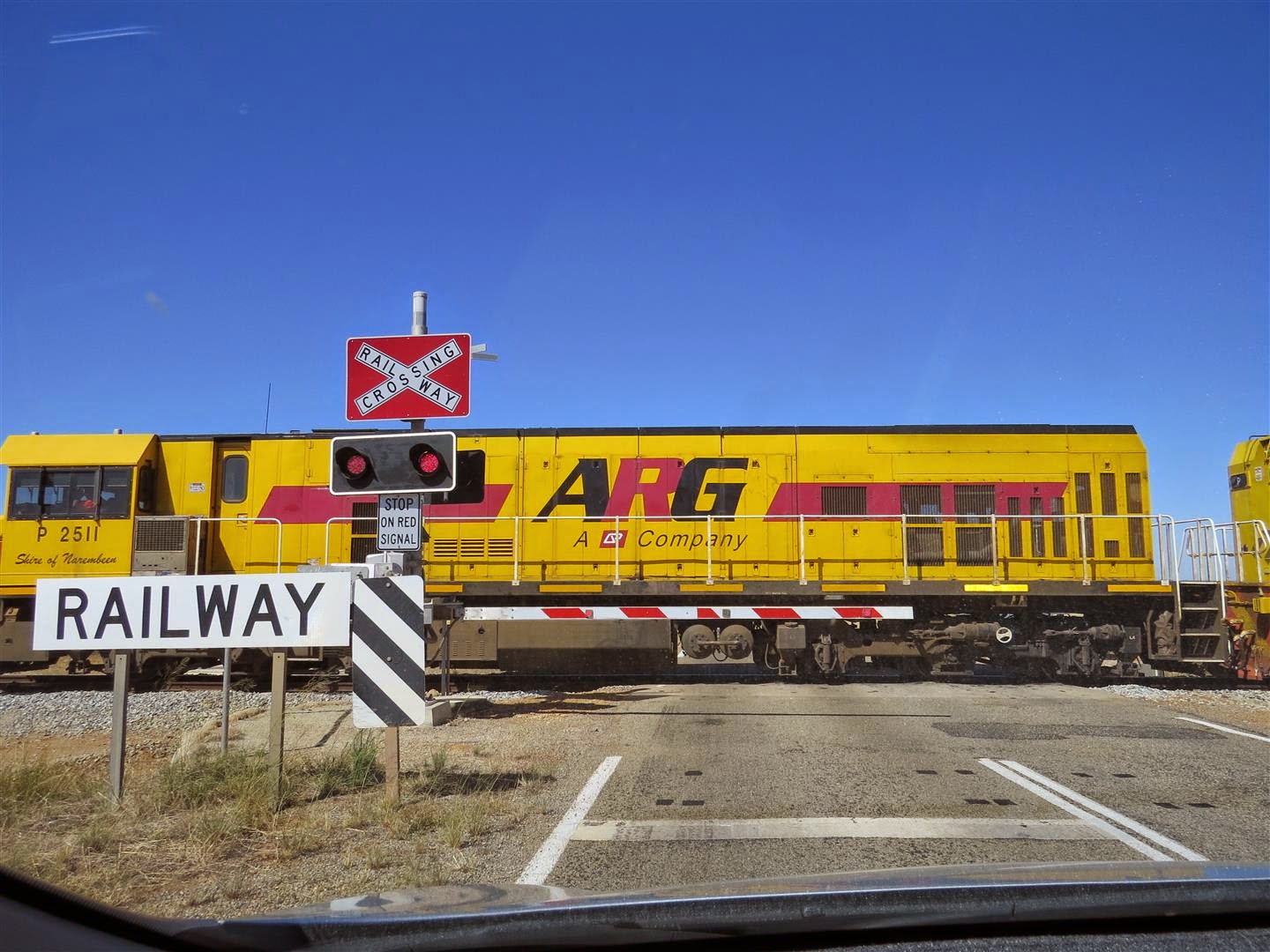 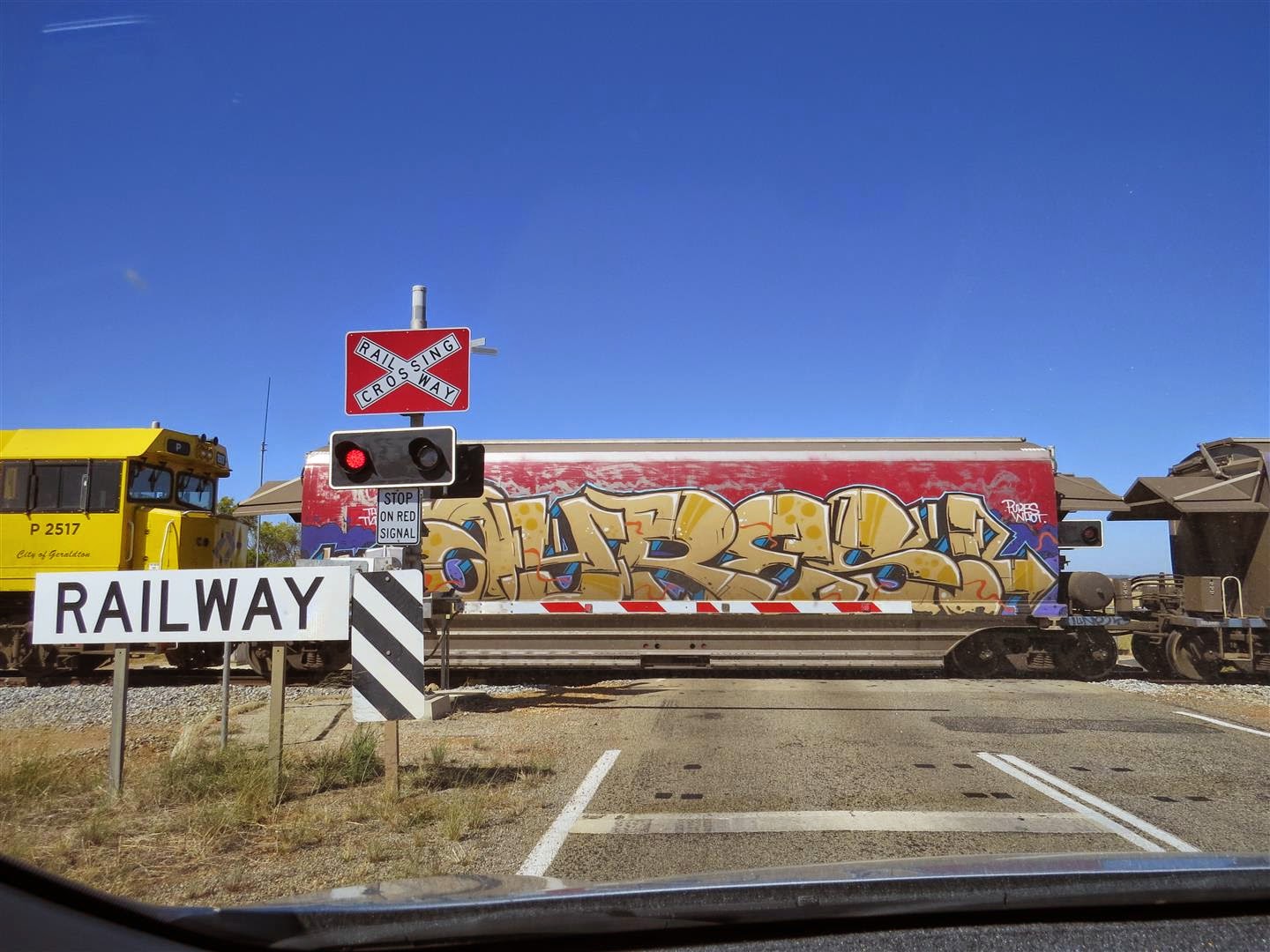 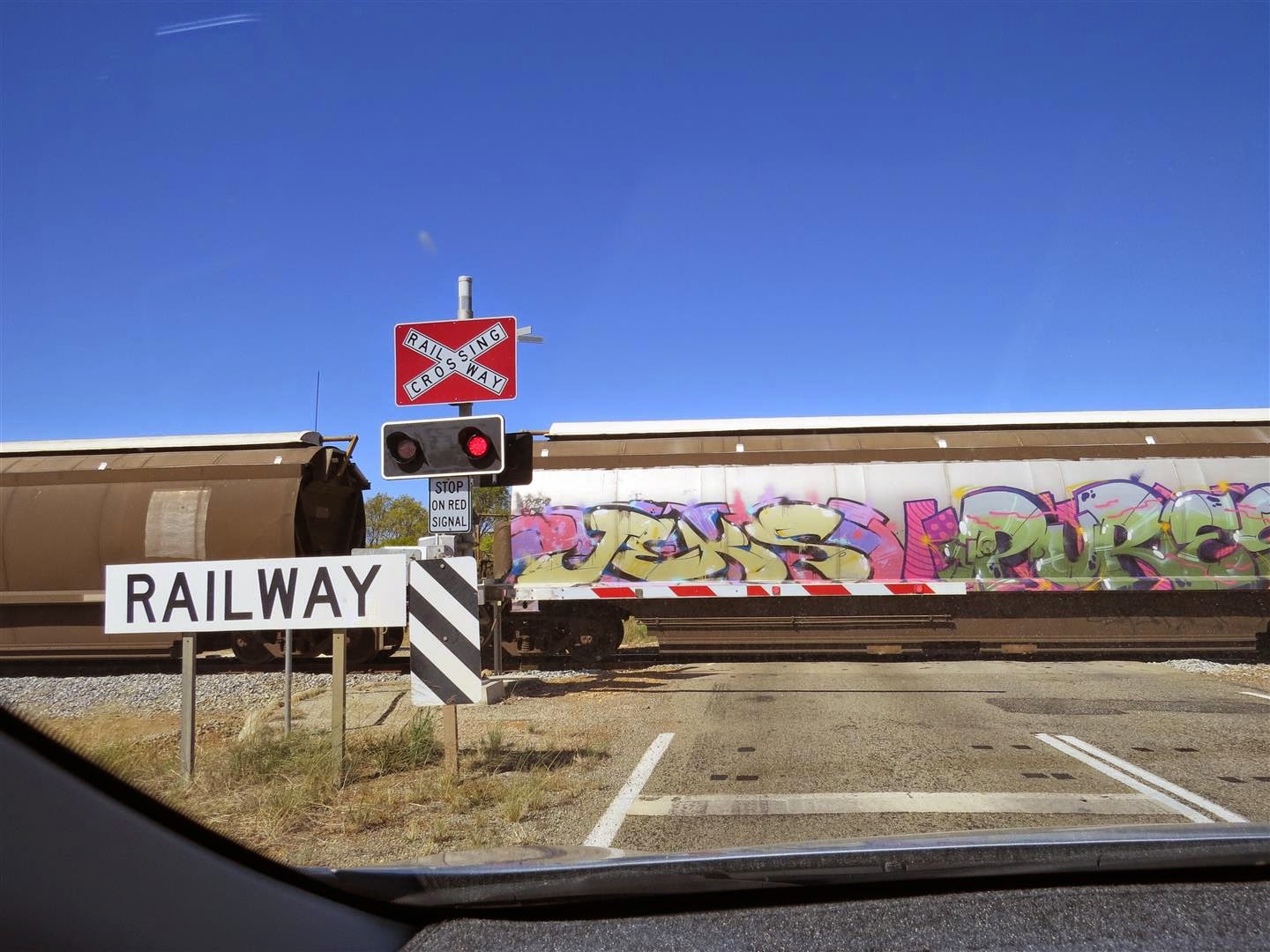 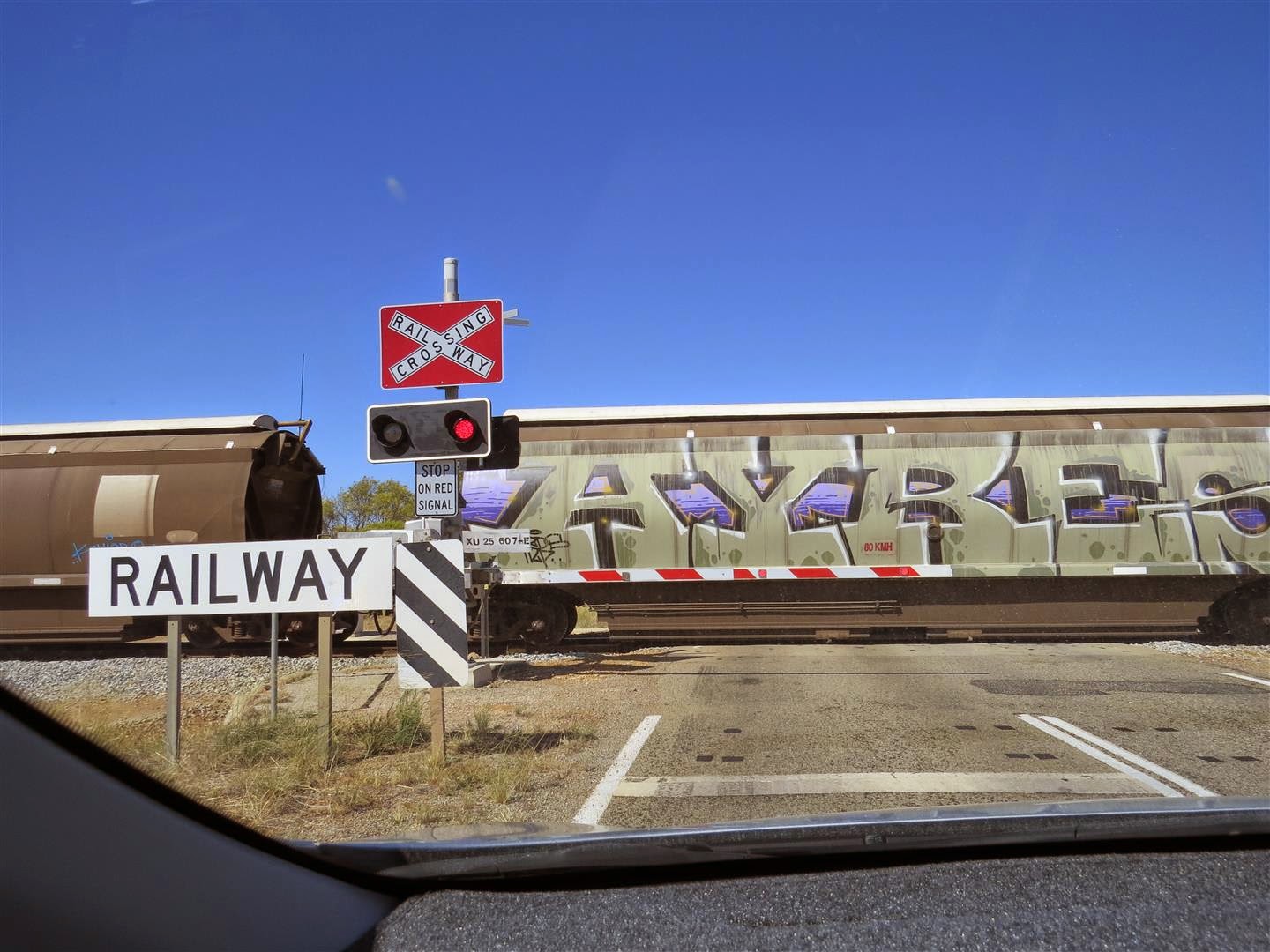 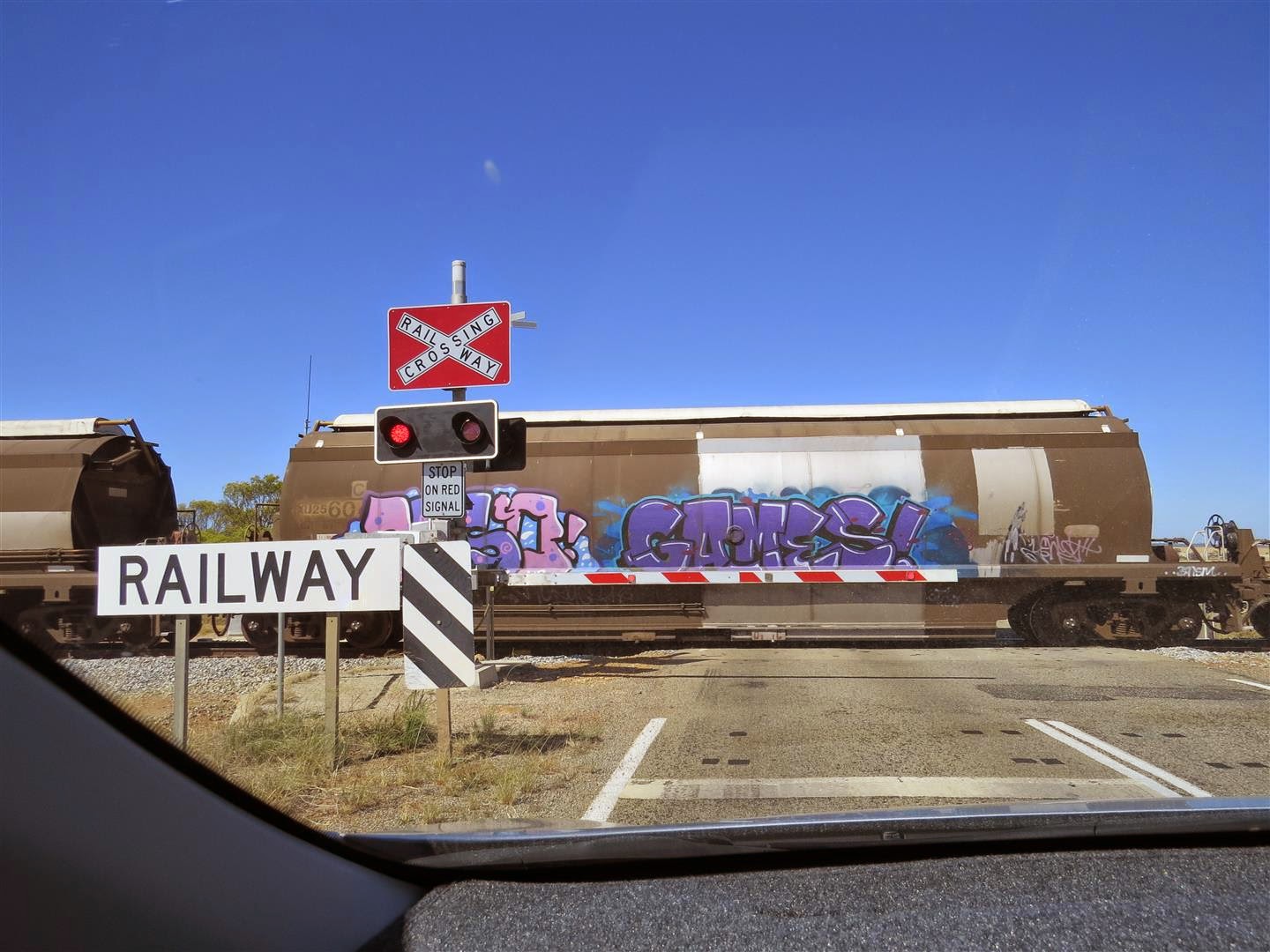 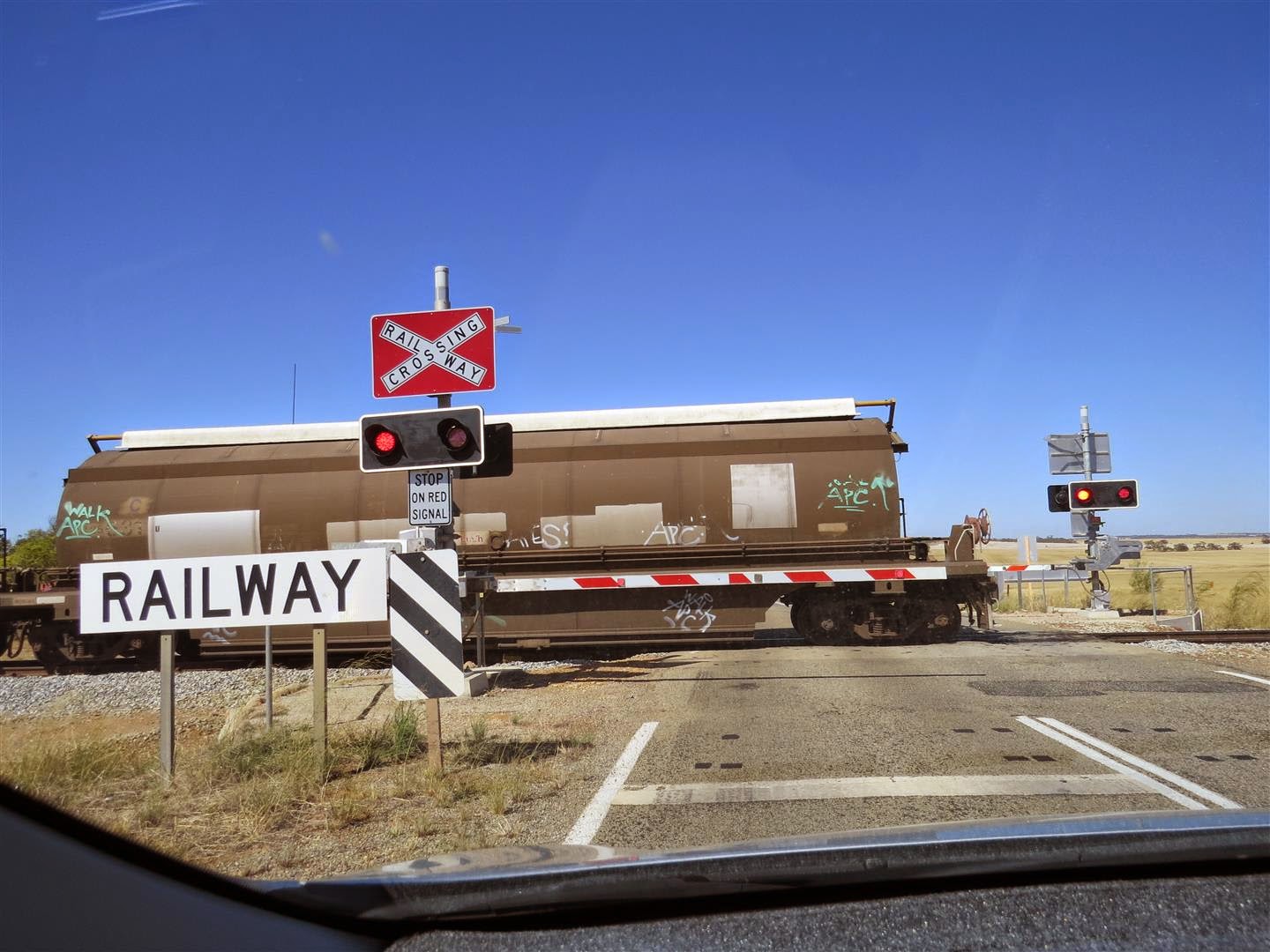 The end. No I wasn't going to bore you with all the photos of the carriages.
Posted by Unknown at 19:40 7 comments:

This morning we woke to the smell of smoke from the out of control bushfires which have ravaged the south west of our state since last Friday. We have had severe thunderstorms and lightening is responsible. We are roughly 600 kilometres away from these fires but we are now experiencing smoke haze from Northcliffe and Boddington  fires. Our beautiful South West forests are ablaze. The people of Northcliffe and Windy Harbour have been evacuated. So far, no loss of life, a few properties are gone. The firey's have all been working around the clock and are all  exhausted , reinforcements have been flown in from interstate to help out. The loss of wildlife in these forests will be huge, they are at the mercy of the fire. Latest news today is that the weather conditions are at last favouring the fire fighters, but weather conditions are set to worsen over the weekend.
Linking with Skywatch Friday 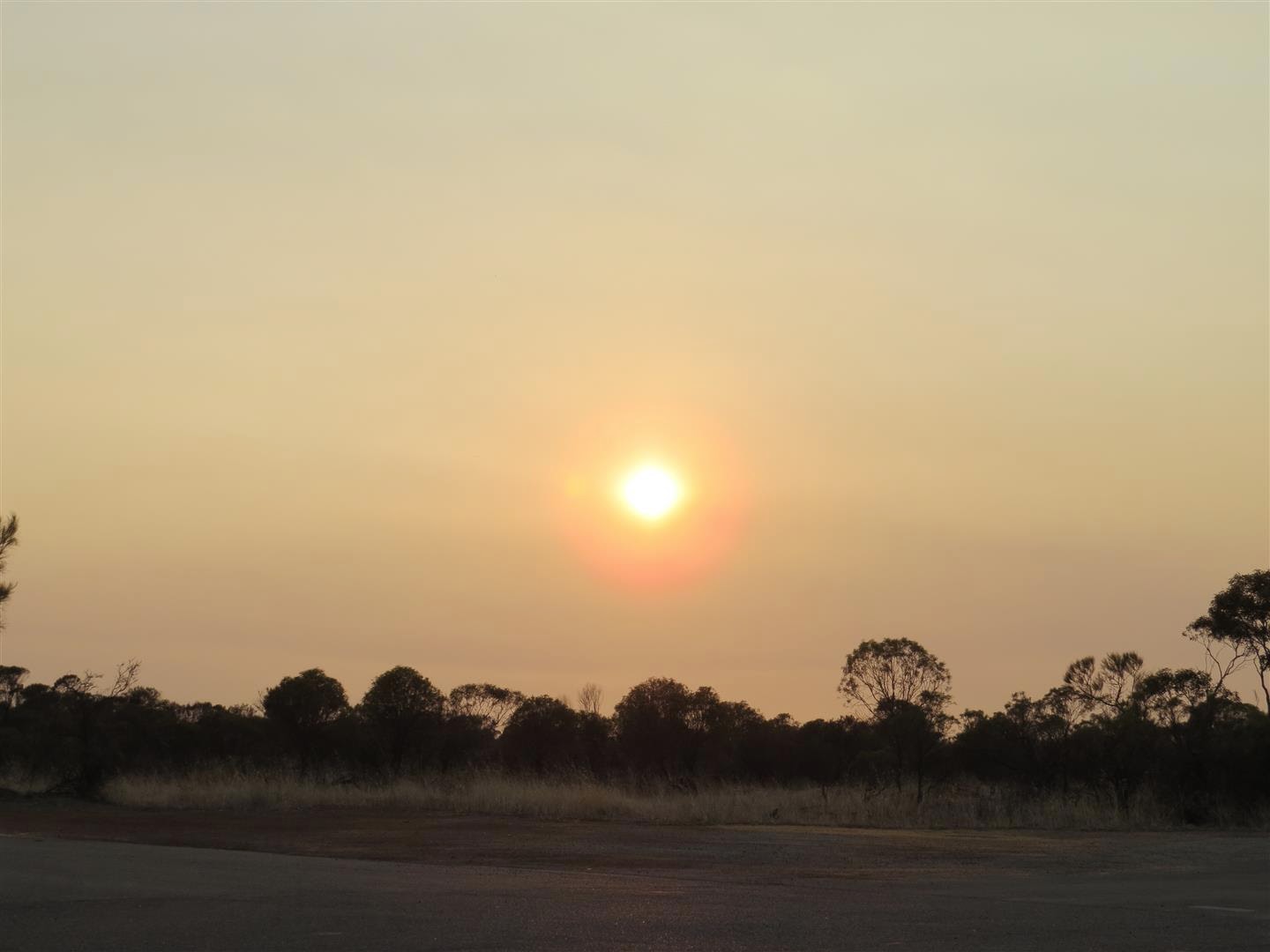 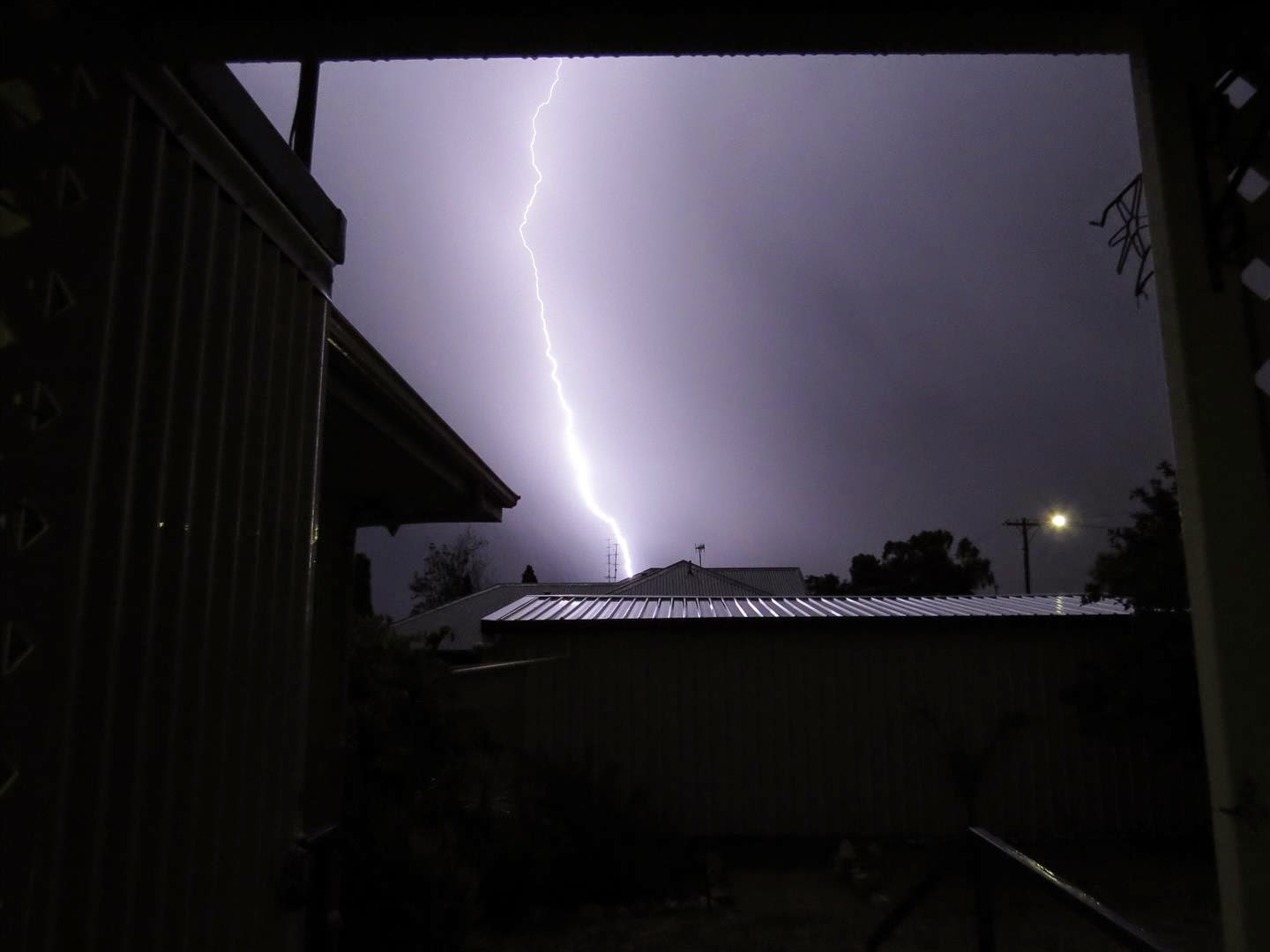 I took hundreds of photos of the lightening on Sunday, Monday and Tuesday nights with only a few successful. I was shooting into black sky and then the sky would illuminate as if it was daylight. 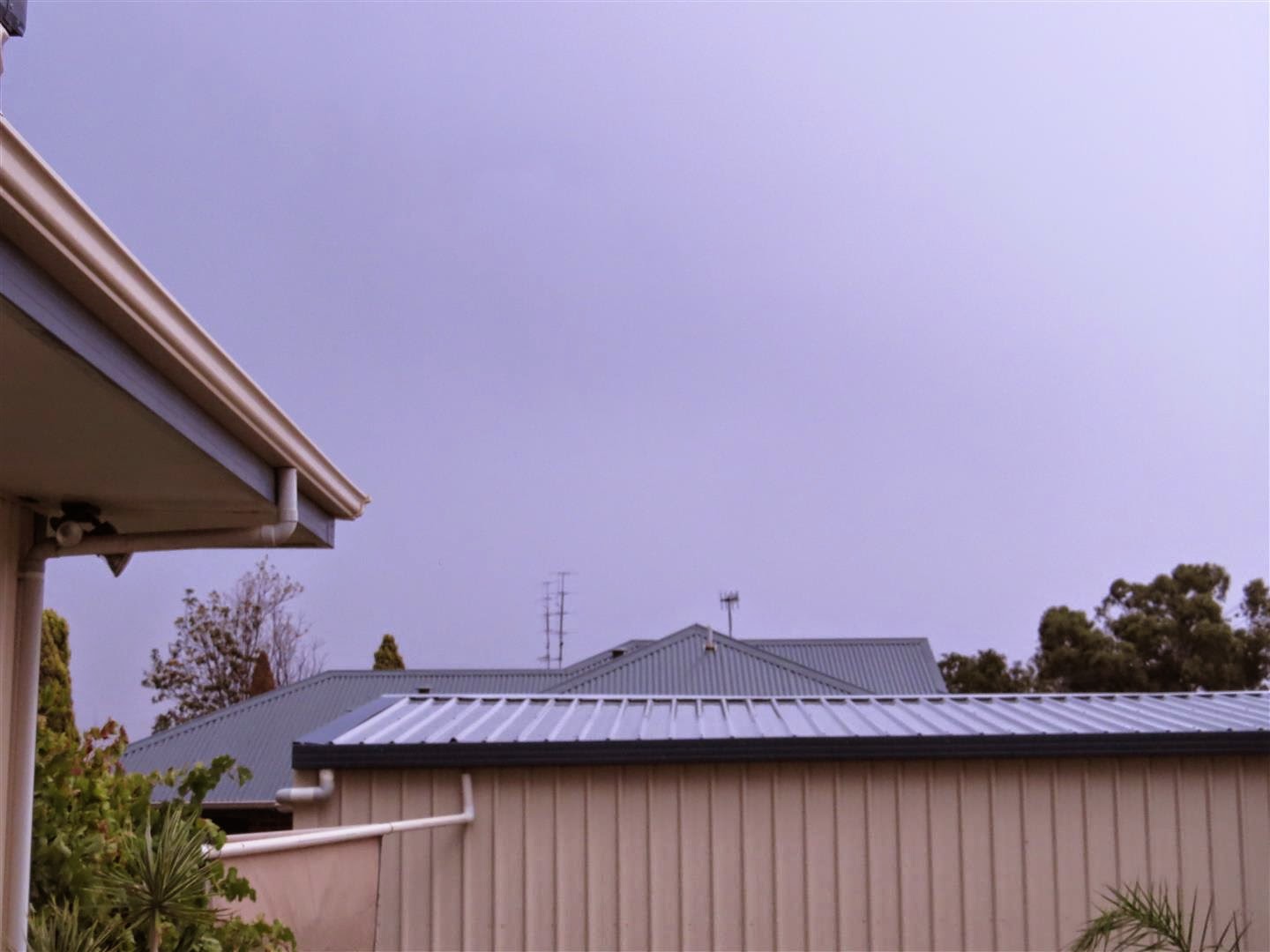 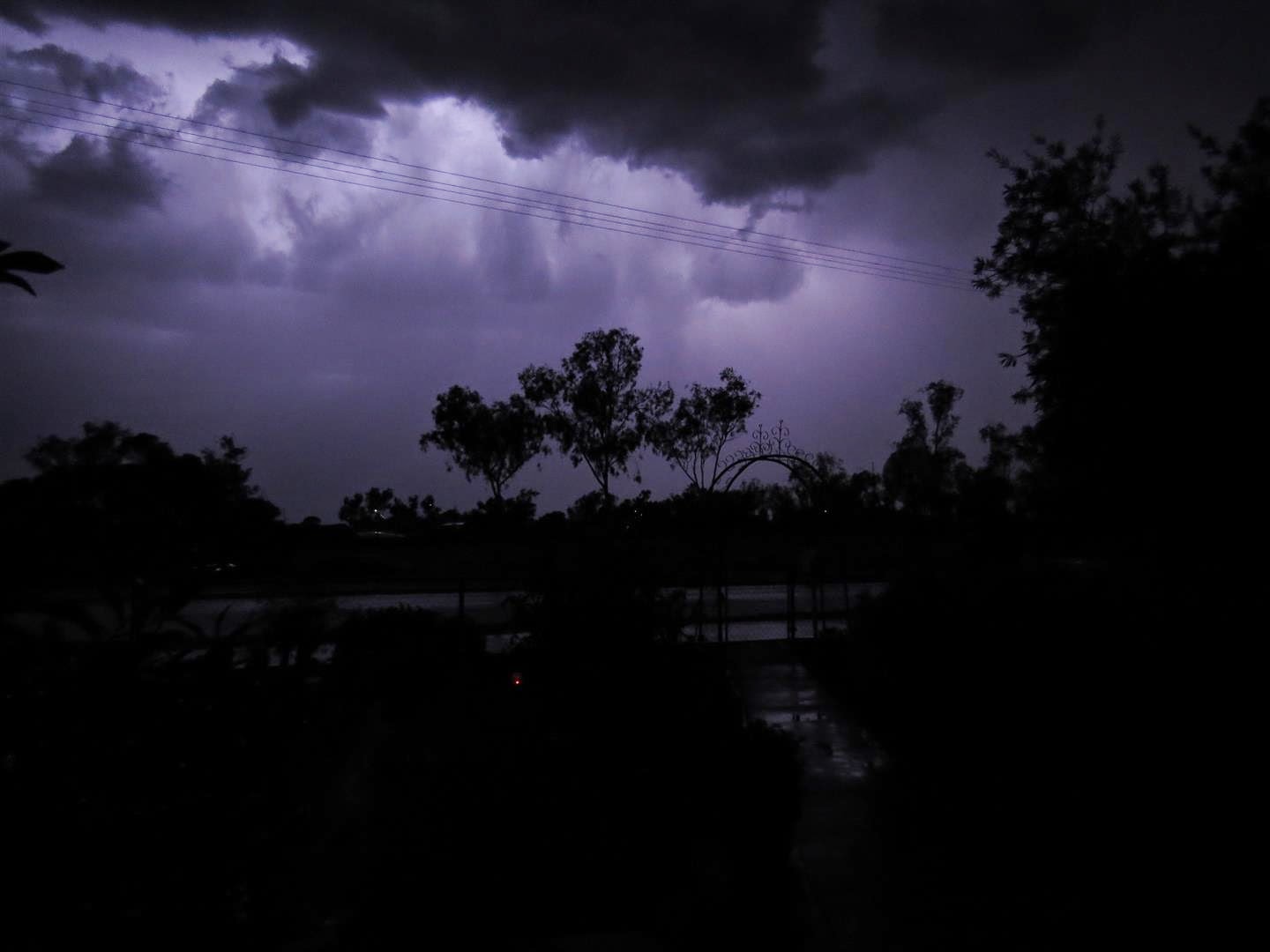 Above and below are shots from the front of the house into the street. 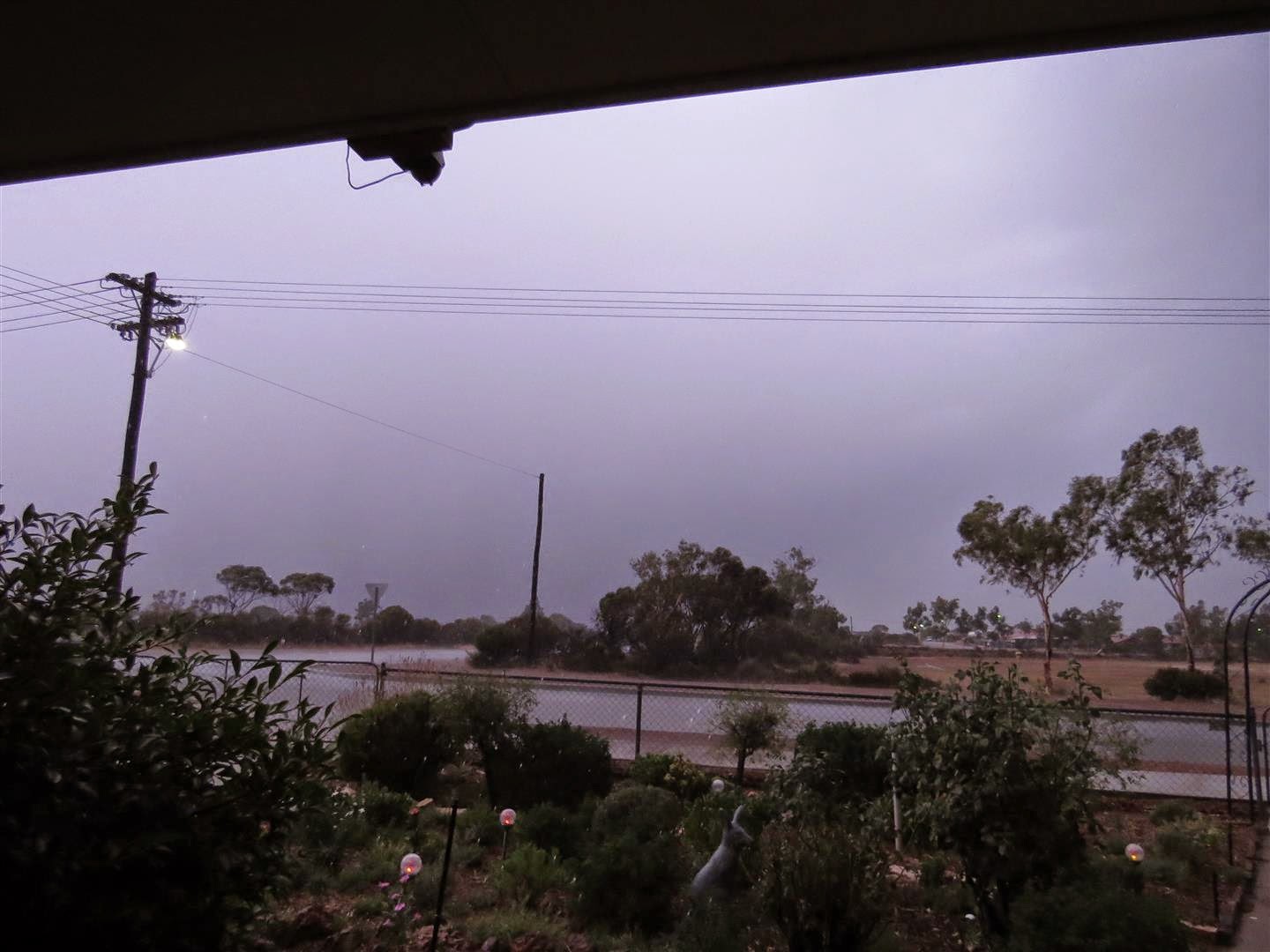 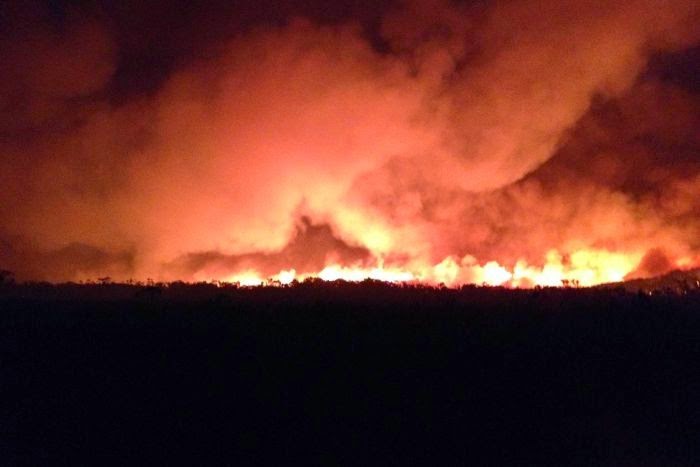 This photo courtesy of the internet. The fire burning towards Windy Harbour. 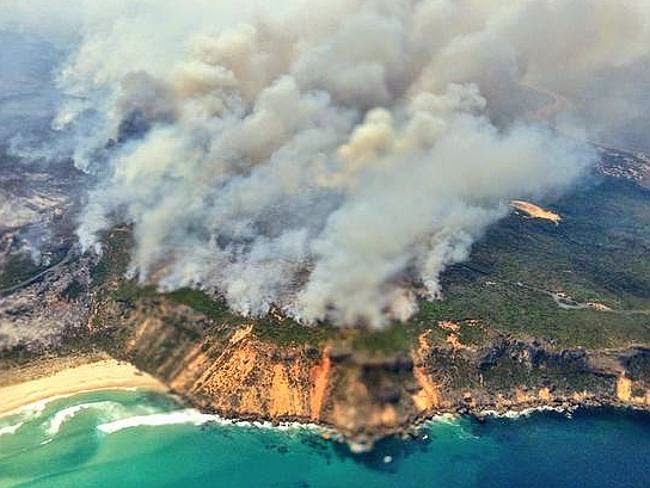 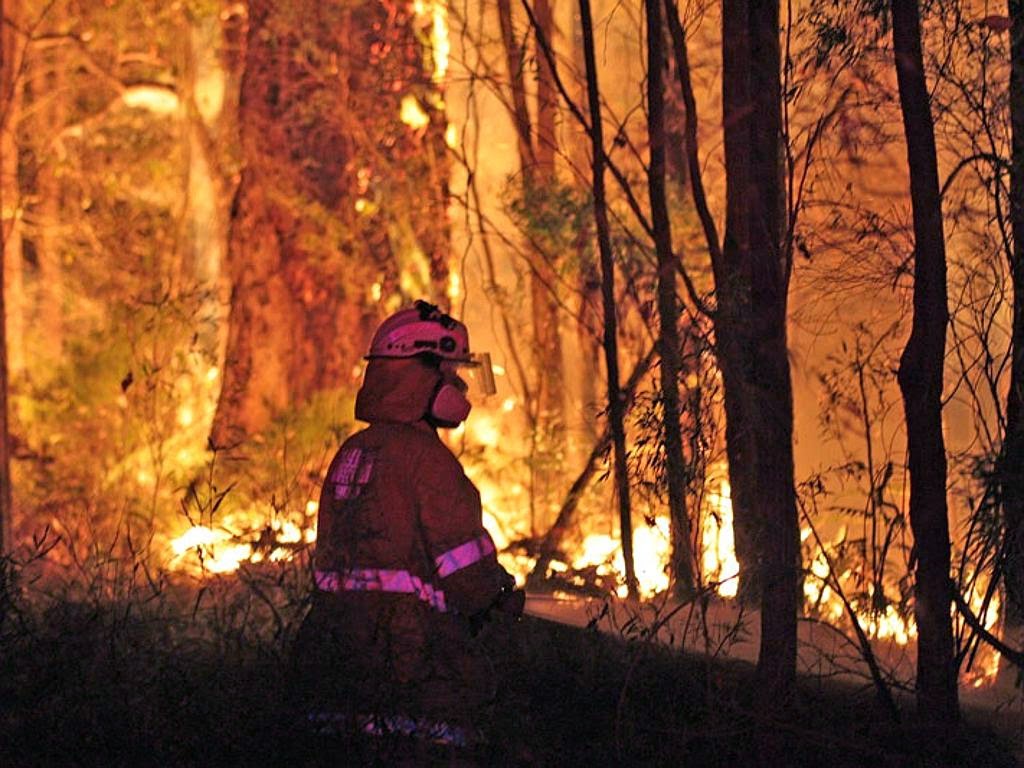